The ATO have indicated that they will be clamping down on a common tax deduction this year.

In the 2015/16 financial year, the tax office said that over three million Australians made a work-related car expense claim, totalling around $8.5 billion.

A significant proportion of these claims were at the limit of the 5,000 kilometres mark that did not require detailed records, this year the tax office will be paying closer attention to such claims..

Whilst you don’t need written evidence for claims of up to 5,000 kilometres per year, you do need to be able to show that you were required to use your car for work, and how you calculated your claim.

Common errors include claiming trips between home and work without good reason, such as carrying bulky tools or equipment to work.  If you make a claim for transporting bulky tools, you need to be able to prove you were required by your employer to take these items to work, and that there was no safe place to store them.

Double dipping – in other words, you cannot claim expenses that have already been paid by your employer, including salary sacrificing arrangements. 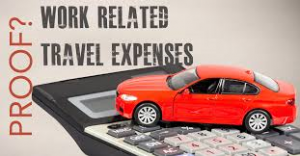